This blog was produced in collaboration with the students and Christine Ritsma of Stratford Northwestern Secondary School, and the Laurier Centre for Military Strategic and Disarmament Studies.

By Jacob Jackson, Liam McGregor and Will Schlotzhauer

Frank Wilfred Gardner was born 9 November 1897 in Stroud, England. He was single and worked as a cabinet maker prior to the war but married afterwards and had one child. Just two years after moving to Canada and settling down at 124 King Street in Stratford, he enlisted in the Canadian Expeditionary Force in September 1915.

Gardner, while stationed in France, served in two different battalions. He served as a Private in the 71st Battalion and was then transferred to the 3rd Battalion in 1916. During his time with the 71st Battalion, he fought at the Battle of the Somme where he would obtain an injury from a stone to the head. He was taken out of action and sent to a British Hospital.

The sad truth about Gardner is that the war was no match for the series of unfortunate events that would unravel upon coming home. Returning healthy, he began work at the Kroehler Furniture Company before suffering a work-related injury that led to the amputation of his left index finger. He received Workman’s Compensation of $22.50 per month for the rest of his life as a result.

He eventually lost his job in 1936 due to lack of work in the Great Depression. From there he would move with his family to Goderich where he began to operate a gas station. One day when walking his bike home, he was struck by a car, leaving him with a fractured skull, deafness in left ear, a missing left eye, a broken collarbone and two broken ribs. As a result, his hands were crippled and he had constant headaches and tremors throughout the remainder of his life. The woman who struck him paid him $1,500 for the damages she had caused him.

Gardner also applied for a War Veterans’ Allowance. Initially, he was rejected. However, after the crippling of his hands the case was reconsidered, and he received $30 per month beginning in August 1939 for a year-and-a-half before it was discontinued upon request. He would live on for many more years until 1964, where he would pass away at Stratford General Hospital, finally ending the lifelong battle of this soldier. 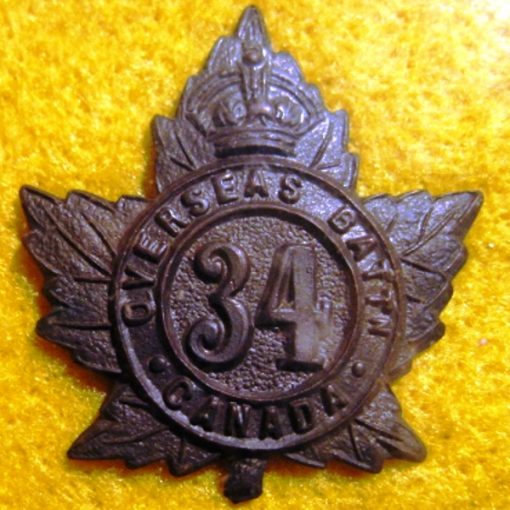